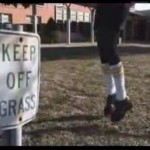 Social media years are a little like dog years. The signs are out that Social Media has settled into its teenage years. As with teenagers in general there are several teenage stereotypes.

The Overconfident Rebel Leader
Full of self-belief, cocky self-assurance and a certainty that he has discovered the true path, he is confused, disappointed and sulky that the grown ups will not listen to him, or that they insist on applying their outdated rules or asking irrelevant questions. His followers love him, they can see his genius and they speak or assume his language. “If only those pesky grownups would listen, the world would be a better place”.

The Approval Seeker and Connector
She lives to be popular seeking as many props and symbols as she can to show her popularity. The more the merrier. Life is about being seen and talked about. She feels validated by the chaos and sheer weight of numbers. She’s invited to all the parties, and if not she makes sure she gets in. She knows somebody who knows somebody. She knows she is living a dangerous life and has to be on the ball: one indiscretion and she could be dropped from the “in crowd”. Being herself will not do. Keeping the charade up is hard work.

The Geek
Gone are the days when the Geek never got the girl. The ability to analyze, create and mold technology is now recognized as a valuable skill. The Geek loves to problem-solve and find solutions using technology. Shiny new toys are heaven. It is not unheard of for a Geek to be held in high regard and celebrated. “With my new toys I can perform spectacular tasks and tricks”. Keywords such as “techniques”, “processes” and “tactics” often feature.

The Student
The student loves to lap up all the techniques, tips and tactics that she can. She reads widely on the subject and loves to quote her latest source. The student becomes the “expert” through association and applying newly learned techniques to the letter. Not all students are the same though; some take best practices, add value and context and get the A+.

The Non-Conformist
Not to be confused with “the Rebel” the non-conformist sees the world differently. Often discounted for not excelling within the system, he has a set determination to prove himself. His strength comes from understanding the system, acknowledging the points of differentiation and seeing the gaps. The non-conformist works to objectives, setting out to satisfy or resolve those objectives using the tools and resources available to him. Success through proving himself is the reward. This comes through keeping an eye on the objectives, using the right tools and resources for those objectives and closing the gap between the established and the new.

Yes. This is rather tongue in cheek. No, it is not to be taken seriously. I guess one central message here is that we, as social media practitioners, marketers and online entrepreneurs need to take some responsibility for how social media is perceived and how we integrate it into the mainstream. A mature approach towards satisfying the critics’ concerns and demonstrating value will go a long way towards integrating social media into mainstream or traditional marketing and business initiatives.
I am sure there are more teenage stereotypes that fit the bill. Feel free to add your thoughts.
I for one am looking forward to Social Media growing up beyond the teenage years. Perhaps 2010 will bring more control, a more mature attitude towards social media and a more harmonious dialogue between the young and the old.