The first thoughts of 2012 are concerned with sustainability and evolution. Big challenges lie ahead for retailers, manufacturers and service providers. Scarcity of resources and lower spending power, coupled with easier search and information gathering are leading to changes in the way we consume.

It seems obvious that companies cannot be sustainable if they are producing more than they can sell, or if they are spending resources in areas where there is less return than they are spending, they are not going to be able to sustain themselves. Yet so many are pouring money into attempts to maintain a leadership position in the wrong race.

Many large successful companies became large and successful because they paid attention to the fundamental principles of economics. They invented and perfected processes that maximized the return from every business unit. Many have become entrenched and part of the fabric of the organization. Yet these processes and entrenched methods can take the focus away from adaption and adoption. The processes and methods were produced within a time of relative stability, where resources were deemed plentiful and the markets were in a constant state of growth. Twitter chats such as #innochat explore this topic in greater depth and talk of the need for optimal conditions for innovation. The leading voices in this chat are well worth listening to, as they discuss how legacy thinking and systems can often create blocks to innovation.

2012 brings with it an interesting junction for business and entrepreneurship. It is almost Darwinian in that the nimble and quick can adapt to changing conditions faster and become the new dominant force. The large and cumbersome driven towards extinction.  Change cannot be effective if it does not permeate the entire DNA of an organization. Especially when thinking about sustainability during difficult economic times.

We have also seen the collective unconscious come into play. We have been involved in the early thinking stages of a number of people who have approached us with ideas around new commerce. There is no link between these people other than a commonality of their ideas, their drive and vision and the fact they have chosen to talk to us. When enough smart people take an idea and run with it that it becomes a collective movement, it is not long before it infuses itself into the mainstream.

2012 will require a lot of energy –  physical, emotional and transformational. Yet, those who choose to spend that energy will be rewarded. We have not seen so much open opportunity and a leveling of the playing field for a long time. 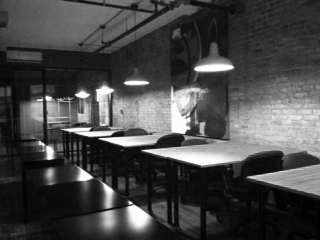