How Social Media has Shaped News – The Mugabe Fiasco 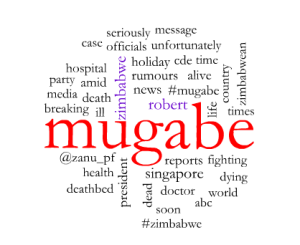 When studying journalism some 25 years ago we used to talk about ‘News induced crime waves.’ As a publisher, to create the illusion that the crime of, say, snatching handbags from grannies is on the increase, all you need to do is increase the number of instances you report on it.

The recent Mugabe health scare, whether true or not, has shown how social media has amplified and grown a report from a single, unsubstantiated source.

Using Radian6, we can tell this interesting tale. Radian6 collates all the publicly available mentions of a specified keyword across the Internet. We simply used the keyword ‘Mugabe” and set the parameters for the last 7 days.  The global comments went from an average of between 500 to 600 a day to 8,712 on April the 9th when The Zimbabwe Mail published ‘Mugabe battling for life in Singapore‘ on their website in the closing hours of the 8th of April.

The story was immediately picked up by Zimbabweans and journalists across the awake world, with Australia, who had just woken up posting it on social networks and in their local press. The interest spread from there, fueled largely, we believe, by the fact that #Mugabe became a ‘trending topic’ on Twitter.

What is interesting is that most of the mainstream news articles that carried the story quoted a single source, the original Zimbabwe Mail story, which quoted an ‘unnamed source’. 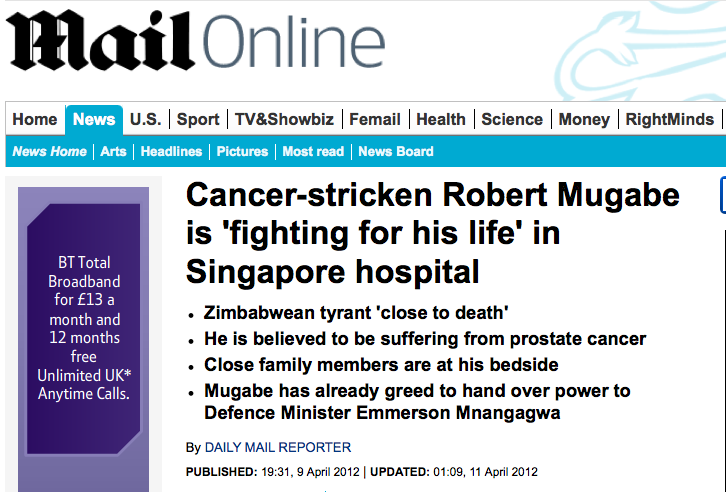 Looking at the breakdown per media type for the 8712 online mentions on the 9th of April we can map the rapid spread of the news: 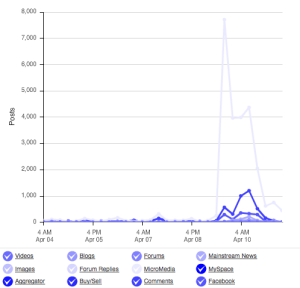 With the 9th of April being a public holiday in many commonwealth countries, and the fact that Zimbabwean officials did nothing to prove or disprove the story, the interest spread across to Tuesday the 10th when many people returned to work, and therefore their Internet connections to discover and extend the life of the rumours.

Another interesting trend is that interest started dying down on the 10th of April, but rose again on the 11th as the Zimbabwe government spokespeople started to deny the rumours.

Watching and analyzing the content on Twitter and on mainstream news and comments we see an endless cycle of speculation and recycled news and opinion. We wait to find out what is really going on, but what is clear is citizen journalism, in this instance, has done nothing more than fuel speculation and rumour. Mugabe is the master at keeping people guessing and controlling the news content around him, leaving us very little to feed off.