Twitter is doing a fantastic job supporting the World AIDS Day. Changing their whole theme and incorporating the colour #RED has done much to spread the message and allow people to connect and spread their message.

Having said that I have a problem with one aspect of the execution. It was brought to my attention by @meotree who retweeted this post from @ithorpe:

It is fair to say that Twitter has not created this, merely fallen prey to the prevailing Western attitude towards Africa. Africa as a Brand stands for poverty, disease, pestilence, corruption, drought, and recipient of aid.

How can Africa develop under these stereotypes? Can you blame outspoken African leaders who talk about the arrogance of the West? When are people going to recognize that the aid model has not worked?

If you have been following the investment trends for Africa over the last 24 months you will see an increased investment from and courtship of Eastern and Asian countries. You see African leaders seeking partnerships with South American countries and organizations.

Of course Africa has its fair share of problems. Yes AIDS is a huge concern, as is Malaria and TB. Of course there is need for development and assistance. But let us not define a continent by these things. Solutions to Africa’s problems will come from within Africa, with the assistance, partnership and goodwill of the West, the East, the North, the South. Let us concentrate on what is good about Africa and grow that. Surely nobody can argue that this is not the best way for Africa to develop?

Thank you Twitter for all you have done on World AIDS Day. Consider, however, the impact on people of reading an investment-focused tweet on Africa when it is turned red, reminding them of Africa’s stereotypes, instead of allowing people to see its potential. 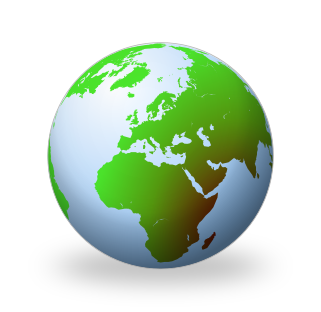